Anita Rogers Gallery is pleased to present its Inaugural exhibition featuring prints by Robert Motherwell and Brice Marden along with original paintings by George Negroponte, Eric Holzman and Kazimira Rachfal. Taken together as a whole, this collection encompasses five artists whose works create a conversation about the nature of abstraction, the line between abstraction and representation and the inextricability of the natural world from art.

Brice Marden (American, born 1938) is often categorized as a minimalist but his work quietly challenges the traditionally strict boundaries of the genre with painterly, emotive qualities bordering on abstract expressionism. Marden received his MFA from the Yale School of Art and Architecture in 1963, where he studied under Alex Katz and Jon Schueler and alongside masters such as Richard Serra and Chuck Close. It was at Yale that he developed his characteristic aesthetic for which he became known: monochrome canvases in muted palettes with rectangular formats. In 1973, Marden acquired a home in Hydra, Greece; in the late 1970s, the artist travelled through Rome and Pompeii. The pieces featured in this exhibition, a suite of prints entitled Focus I-V (1979-1980), were created during a time when the artist was deeply affected by both the light and landscape of Greece as well as the Greek and Roman architecture of Italy. The artist has had major exhibitions at the Solomon R. Guggenheim Museum in New York (1975), the Museum of Modern Art in New York (2006) and the San Francisco Museum of Modern Art (2007).

George Negroponte was born in New York City in 1953. He studied art at Yale University with Bernard Chaet and William Bailey. His work has been included in numerous exhibitions at galleries and museums around the world including The Museum of Modern Art and The Metropolitan Museum of Art in New York City. He has been reviewed by every major art periodical including The New York Times, Artforum, Art in America, The New Yorker, ARTnews and The New Criterion. He has taught painting and drawing for over two decades at The Studio School, Parsons School of Design, The School of Visual Arts and Princeton University. He was Co-Chairman of The Board of The Drawing Center from 1997-2002 and was appointed the first President of the institution in 2002. Negroponte now works in his studio in East Hampton, NY.

Eric Holzman received his MFA from Yale in 1973. His delicate drawings are often created en plein air in New York’s Catskills. Holzman draws upon Renaissance art, Chinese and Japanese scroll painting as well as Cezanne’s life studies to create a style all his own. At first glance, Holzman’s detailed drawings on paper appear to be abstract forms; however, as one spends time with his works, a leaf, a vine, a piece of fruit emerges from a tangle of lines and light. His works employ historic mediums, including egg tempera, charcoal and watercolor. Holzman is based in New York City.

Kazimira Rachfal, born in Poland, has spent most of her life in New York City as a painter. Her small-scale, colorful paintings are rooted in abstract expressionism but fall outside traditional genre conventions. Although comparable to Mondrian and Rothko, her works have a distinctly unique aesthetic. Deeply connected to nature, her geometric forms are weathered, cut short, and rounded – they morph into organic forms encompassing layer upon layer. Her works emanate a serene, zen presence. Thoughtfully painted on on all sides, her pieces are more than a one-dimensional painting. Her compositions, some approaching landscapes in their depth and texture are intimate, reflective masterpieces. Rachfal lives and works in New York City.

For further information and photographic material, please contact Elizabeth Thompson at Elizabeth.Thompson@BAHS.com. The gallery is open daily by appointment. Call 212.966.2247 to make an appointment. 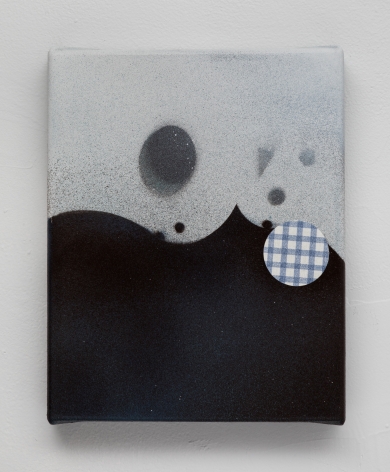