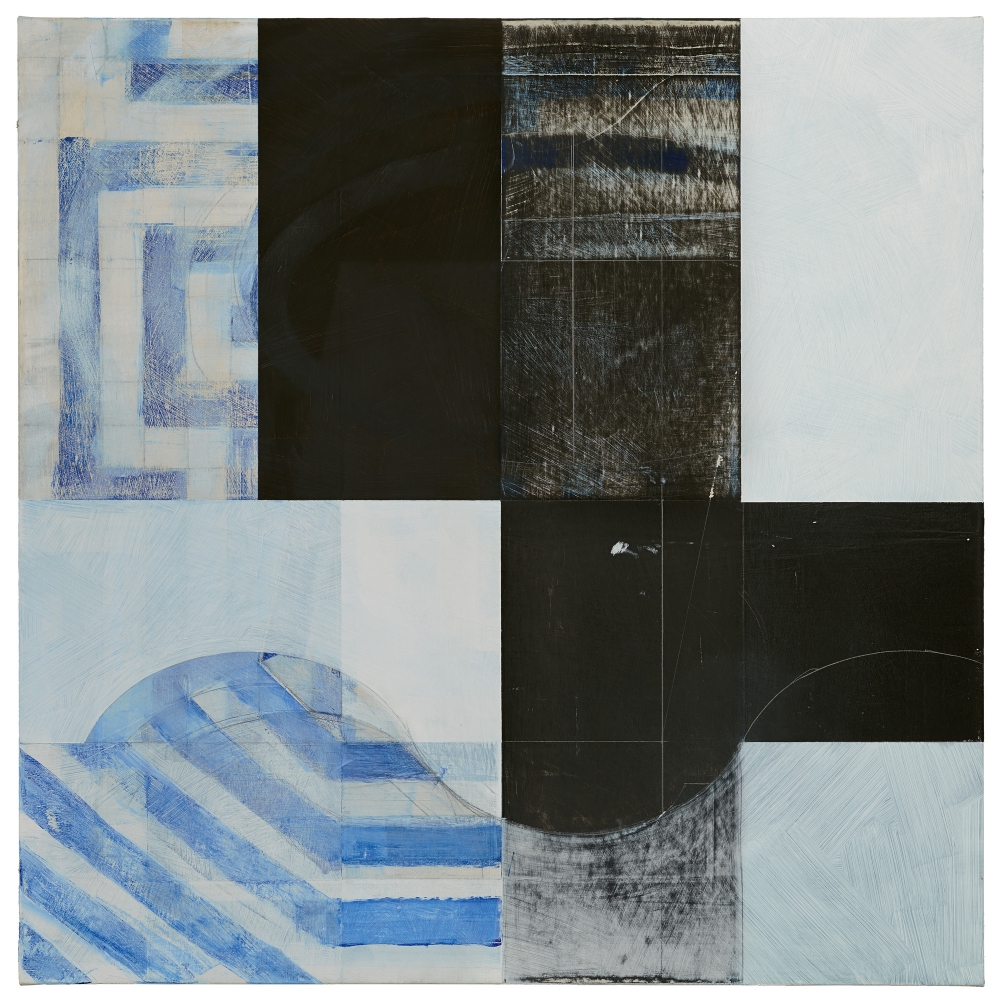 The Arabesque Paintings of 2016 and 2017 evolved in response to the Arabesque Drawings of 2015 – 2016. The paintings invite the lines of the circle and the ellipse to join with a language of painting that celebrates the materiality of color and light, the juxtaposition of the anticipated with the unexpected, and the affirmation of depth by close attention to process.

Over many years, the paintings have focused on the most elemental aspects of the picture plane. On a square canvas, the dialogue between and among the dimensions of the picture plane -divided into thirds and fourths – has offered a productive way to study the mysteries of such a simple space. Recently these meditations have expanded to include the golden section rectangle, within the square and beyond it. These simple meditations I call Considerations.

Looking at the paintings becomes a matter of reseeing, of reviewing: a corner of a room in shadow; light coming in through a window; a pattern of trees silhouetted in the first light of day; the moon’s light in the surface of a lake; wonder at what might be beneath that surface. It is an experience of folding open, folding closed. Breathing in, breathing out. Resting in the depths, looking up toward the surface, through the surface of the painting.

Colombian artist Gloria Ortiz-Hernández's drawings and sculptures have been shown in numerous solo and group exhibitions. Her work is in the permanent collections of a number of institutions including​ The Museum of Modern Art (NY), The Fogg Art Museum at Harvard University (MA), ​Art Museums Cambridge (MA), The Morgan Library (NY), The Menil Drawing Institute and Study Center (TX ), and The Museum of Fine Arts, Boston (MA). ​Her work is also in private collections throughout the United States and in Basel, Switzerland, Sao Paolo, Brazil, and Bogota, Colombia. She currently has a drawing (Plate/Shift #10) on view at the Morgan Library and Museum in New York City.

Robert Szot was born in 1976 in Houston, Texas. He has exhibited his work in many galleries across the United States from New York to Los Angeles and Texas. Szot's paintings have been exhibited in the Saatchi Gallery in London and, in 2014, the artist was invited to participate in the Whitney Museum Art Party. His work is in public collections, including Credit Suisse, and numerous private collections, such as Beth DeWoody and the Bass Family. The artist currently lives and works in Brooklyn, New York.