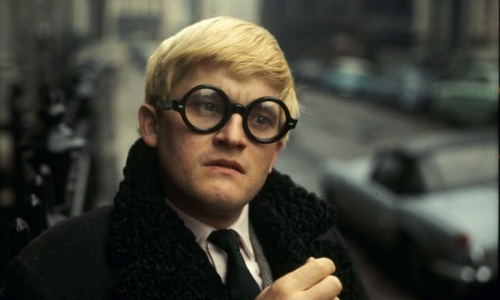 Works and recorded readings by David Hockney will complement screenings of James Scott films at an upcoming show at Anita Rogers Gallery. Image: Fresh on the Net/Flickr

Though many of SoHo’s art galleries have been replaced with shops during the past two decades, the neighborhood still has plenty to peruse, from multimedia installations to Photorealism masterworks, from graffiti art to rock-and-roll photography.

Figurative and abstract artists from the 20th and 21st centuries—emerging, midlevel, and posthumous—are the focus of Anita Rogers Gallery. “When Love Comes to Town,” an exhibit of recent drawings and paintings by abstract artist George Negroponte, runs through April 27. Beginning June 19 is a selection of films by artist/director James Scott, whose “A Shocking Accident” won the 1982 Oscar for Best Live-Action Short Film; works and recorded readings by David Hockney will complement the films. Solo shows featuring Morgan O’Hara, Robert Szot, and William Scott are also scheduled for later in 2019.