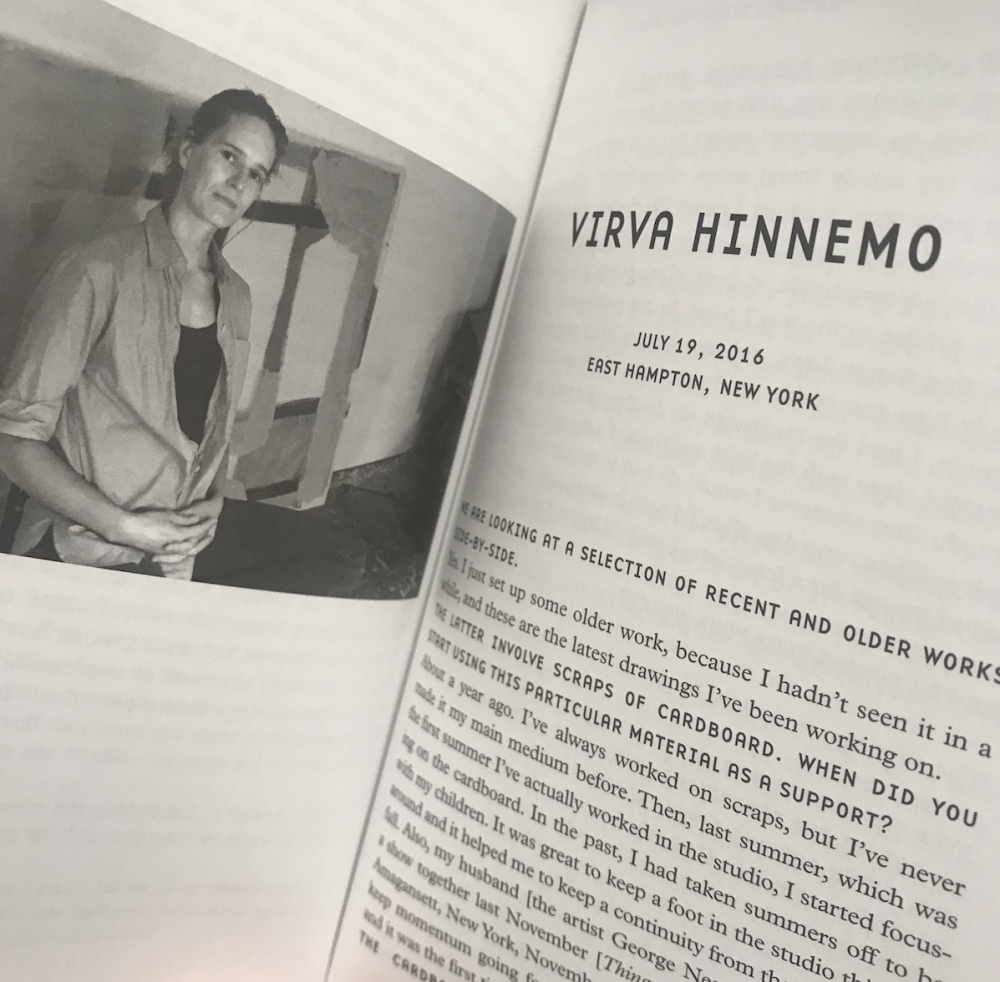 For the third volume of this ongoing series entitled New York Studio Conversations (Part II) art historian Stephanie Buhmann conducted interviews with twenty artists, whose ages range from early 41 to 96. While the featured genres, processes and aesthetic approaches vary decisively, all participants have one thing in common: they work and usually live in New York.

Conceived as a counter-balance to the notion of art as a commodity, which has spread in the media with ever-soaring auction records, the project further aims to provide a permanent forum for some of the inspiring female artists working today. To this end, Buhmann has visited the artists in their studios or on site of a major public installation, discussing their unique processes, individual philosophies, inspirational sources, and personal histories.

In her interview, Virva Hinnemo discusses her practice, her children, her studio rituals and her inspirations.

Buhmann: There's always beauty in the act of giving new meaning to a throwaway object by stripping it off of its former context. Suddenly, all the details, including the remnants of graphics and lettering, gather new attention; they become a secret code of sorts.

Hinnemo: Right, it's transformative. I feel that I have a real language at this point. My work looks abstract, but I find that my forms refer to landscape, the figure, or better, a figure/ground. On other occasions, they look like letters.