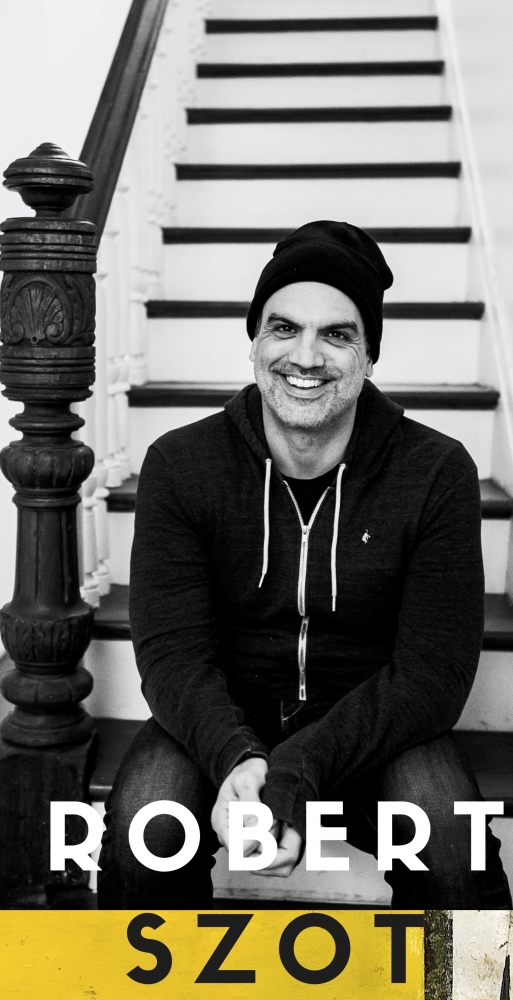 Portrait of Robert Szot in his Brooklyn studio, 2019

I met Robert Szot in New York City recently. I brought a friend with me, who I had shown his work. She, being an art advisor, thought his paintings are fantastic like I do.

We all know on a screen, art can be perceived quite differently than in real life. I was not prepared for how much more I was going to be taken with Rob's work, considering I liked it so much to start.

Each painting he would present thoughtfully, hanging one after the next as I would ask to see, and with each one, it just seemed to get better and better.

He, on the other hand, was quite humble about it all and promised me he wouldn't get a big head. So, let me delineate for a moment on his beautiful work.

Anita Rogers Gallery is a splendid space. Light floods in, and as your heels create an echo between the wood floor and high ceilings; it hushes your tone as you begin appreciating what is displayed before you on the walls.

Somehow, the balance of the colors Robert presents in his works group to form a robust familial association. There is a caprice to the story he unfolds on a canvas. It is considerate. His paintings are striking, cradling complexion, and embody a gregarious nature, much like Robert himself. They seem to change moods, splendidly harmonizing within the environment elaborately put together.

Just getting his rhythm and rhyme of his craft, he shares with us what he has learned and how his art is evolving.

Portray: Are you emotionally exhausted after feeling like you have worked it all out?

RS: Just the opposite actually. I get quite charged up when I feel like a painting has reached a suitable conclusion. So much tension gets bottled up during the process that finishing a work is a great relief, a euphoric feeling that compels me into the next project. I definitely feel it at the end of the work day though, no question I wear myself out.

Portray: When do you know you have concluded a painting?

RS- This is a real problem for me because I can’t say for sure if a painting is ever really finished. I think I know WHY I feel like that. I have always liked the idea that my paintings could communicate who I am to people who maybe never even had a conversation with me. So I think as I change, the ideas of my work change also. The result is a painting that can never feel finished to me because I am not the same person I was when I made it and my instinct is to want to change it, update it.