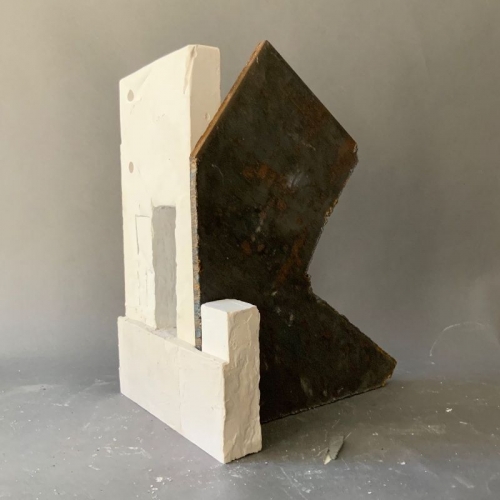 The Slow Slope of Modernism:

Pablo Picasso died on April 8, 1973 at the age of 91. That was the day Modernism made a pronounced pivot away from the mythical to the merely mortal; the divine wheel of culture got badly poked. Andy Warhol’s wizardry of mass media made a mad dash to fill the void and the ensuing years witnessed piles of debris not unlike an Indiana State Fair Demolition Derby. It is no wonder that by the mid-1970s TV Guide's circulation reached more than 19 million while a quarter of the galleries at The Metropolitan Museum were shuttered due to lack of funds and visitors. The cruelty of neglect cast aside many of the most innovative artists of Modernism: Andre Derain, Georges Rouault, El Lissitzky, Maurice de Vlaminck, Paula Modersohn-Becker, Emile Nolde, Jacques Villon, August Mack, Franz Marc, Max Beckman, Vorticism, Pittura Metafisica, and on and on. Without these artists the story of modern art remains wholly unrecognizable and all the while generational amnesia keeps history downgraded to the back seat.

This exhibit of small works includes 30 artists and is taking place 106.9 miles from NYC. It won’t show up on a Richter scale measuring earthquakes but it does make a deep and meaningful gesture towards the 20th century. There is an odd troglodyte tendency throughout all these works along with the assertion that the ancient highway of “Painting and Sculpture’ really does still exist. And yes, it’s paved with ruts, potholes, regrets and splendor. Each and every artist in this show knows these risks because immunity won’t be delivered on a golden platter. Each work is a physical claim taking up the appropriate amount of space while its meaning is embedded beneath a surface of nuanced substance. If given the chance to speak in unison all these works would proudly deliver the same and insistent message: “I’m real!”

One Stop:
The Slow Slope of Modernism