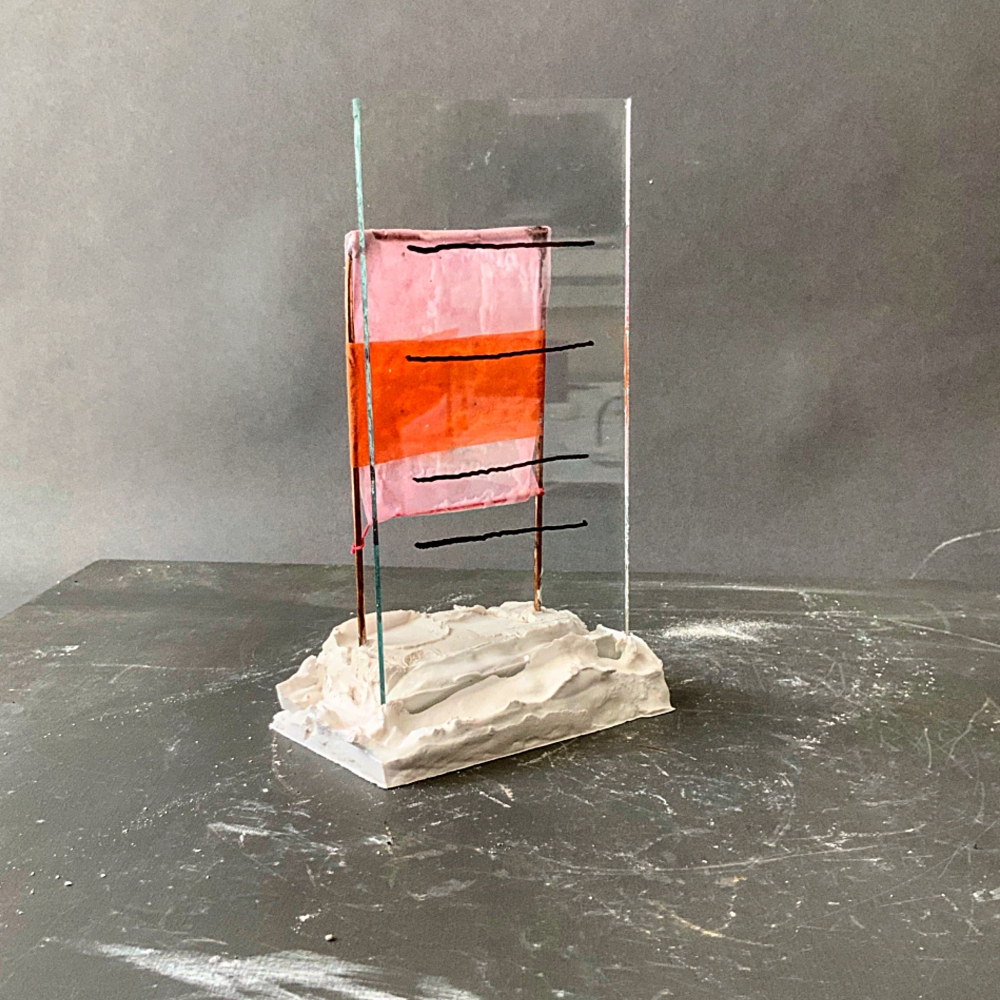 The work of Mark Webber, an artist based in New York City and Sag Harbor, will be featured in “We Shall Be A City Upon A Hill,” an exhibition running February 12 to March 14, at Anita Rogers Gallery in Manhattan.

Webber has been steeped in visual art his entire life. Growing up in a house filled with world-class art (his mother was on the Acquisition Committee of MoMA), he was inspired by the Miro, Henry Moore and Jim Dine work on the walls and went on to study art at Banff, Windham College, earning a BFA from SUNY Purchase.

In addition to painting, sculpting and drawing, Webber is also an accomplished furniture designer and woodworker, sailor and paddler. When he is not in the studio, he is drawing further inspiration from being on the water.

“I take traditionally static forms such as rectangles, ellipse and lines and uncover subtle subtexts such as intimacy, separation and balance,” said Webber in a statement. “The viewer is welcomed to draw their own conclusions about how a piece stands, supports itself, engages in a dialogue with the materials used. Whether it is the process or the materials, each piece finds a balance through gravity and composition.”

Anita Rogers Gallery is located at 15 Greene Street in New York’s SoHo neighborhood. The show opens with a reception on Wednesday, February 12, from 6 to 8 p.m. For more information visit anitarogersgallery.com.