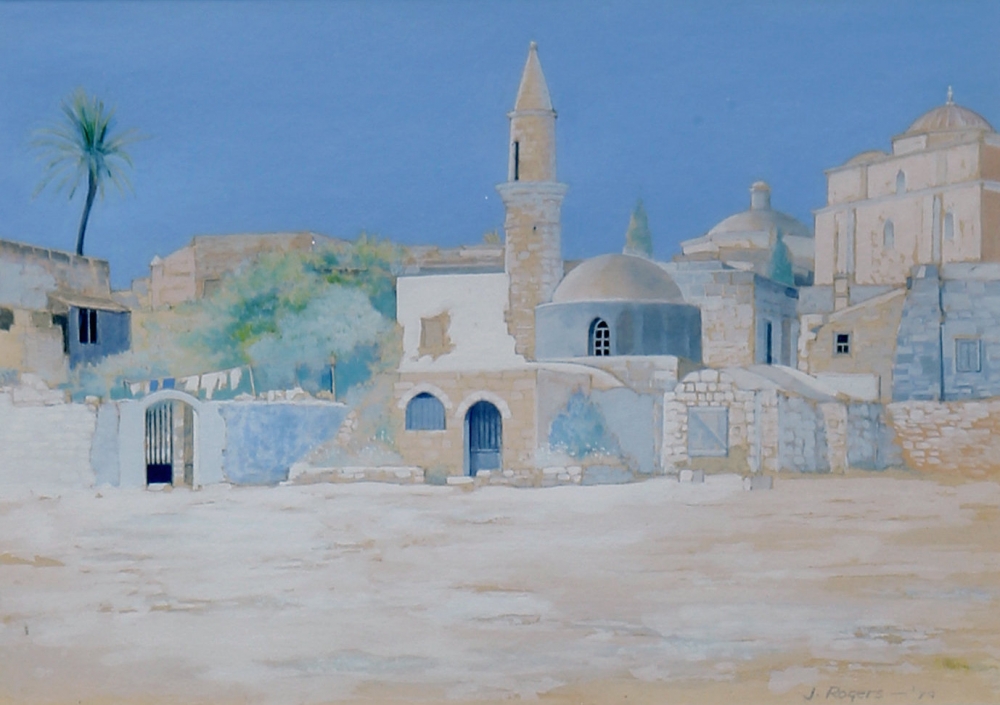 NEW YORK, NY.- Anita Rogers Gallery is presenting Odyssey, a selection of drawings and paintings by British painter Jack Martin Rogers (1945-2001). Anita Rogers, the gallery’s owner and director, is the daughter of the artist and was raised across England, Turkey, Italy and Greece, countries that deeply influenced her father’s work. Anita now owns seventy-five percent of his estate. This is the artist’s first major solo exhibition in the U.S. The collection is on view November 16 – December 30, 2017 at 15 Greene Street, Ground Floor in SoHo, New York.

The works in the exhibition span a period of over forty years, from some of the artist’s earliest work during art school to his final masterpieces. Throughout his life, Rogers continually examined the complex notion of time and its role in the human experience. He believed forward movement and discovery are accomplished through examining history and creating relevance from the past within the present. Rogers spent much of his life studying scientific ideas relating to time and considering how certain discoveries would alter perception and the potential impact of these alterations. His life’s work was dedicated to studying the concept of human identity within the realms of modernity and progress; he firmly believed that the only way forward is to embrace and learn from, rather than reject, the contributions of the past. This dichotomy is captured in his work, which presents traditional subjects, such as classical and religious architecture, alongside modern ones. One of the artist’s most significant works is a large format, six-part canvas painting of Knossos, the largest Bronze age archaeological site in Crete. In this painting, Rogers pulls the ancient ruins from the past into the present by using bold colors and abstract motifs.

Rogers was born in Warwickshire, UK in 1945. He was classically trained in anatomy and fine art at the Birmingham School of Art. There, he developed his meticulous methods. He worked on extensive preparatory drawings before beginning his paintings; a selection of these will be included in the exhibition, offering a rare glimpse into the artist’s process. The artist moved to the Greek island of Crete in 1962, where he entered his most prolific artistic period; many of the works featured in the exhibition are from this time. He was heavily inspired by the landscape of Greece, as well as by classical literature and music; in fact, Rogers himself was an exceptional musician and often made his own instruments. He died in 2001, leaving behind an extraordinary body of work.