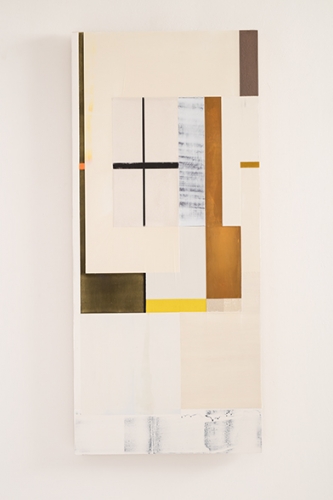 Joan Waltemath’s solo exhibition “Fecund Algorithms” at Anita Rogers Gallery will feature new paintings from her "Torso/Roots" series. The paintings, many of which took years to create, are made out of materials such as oil, graphite and metallic and fluorescent pigments on aluminum panels and were structured on harmonic mathematical relationships. Titled with anagrammatic terms, "Torso/ Roots" grapples with the complex and inextricable relationships between the human body and the mind, the physical and the spiritual, and art, architecture and the natural world.

Joan Waltemath, a New York-based painter, has shown work in New York, Chicago, Portland, Baltimore, London, Basel and Cologne and is in the collections of the Museum of Modern Art, the National Gallery of Art, the Hammer Museum and the Harvard University Art Museum, among others.