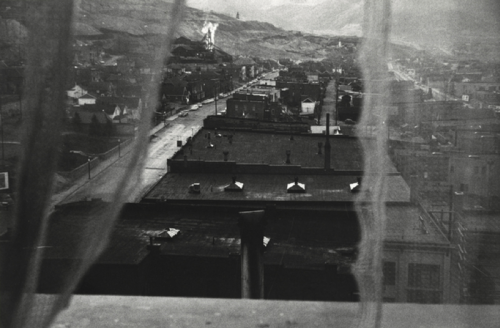 Somewhere like nine years later while I am working at the University Bookstore on the Ave. at the UW in Seattle, a book comes in to the art department titled “The Americans” and I start looking through it. I am stunned. Totally stunned. Who did this? Where did this come from? Did I dream this? As I turned the pages, I could actually remember my pulse accelerating at confronting the American social, political and cultural authenticity of those images. I quite realistically felt I had lived that book. And when I turned the page to the image of the window of the Finlen Hotel in Butte, Montana, I had such a rush, I had to sit down. In a very real sense…I had. From that moment forward, in my mind, Robert Frank had been elevated to something approaching a deity. Something he would not, in his humility, feel comfortable with. We had never seen images that honest before.

Read the full essay on BrooklynRail.org