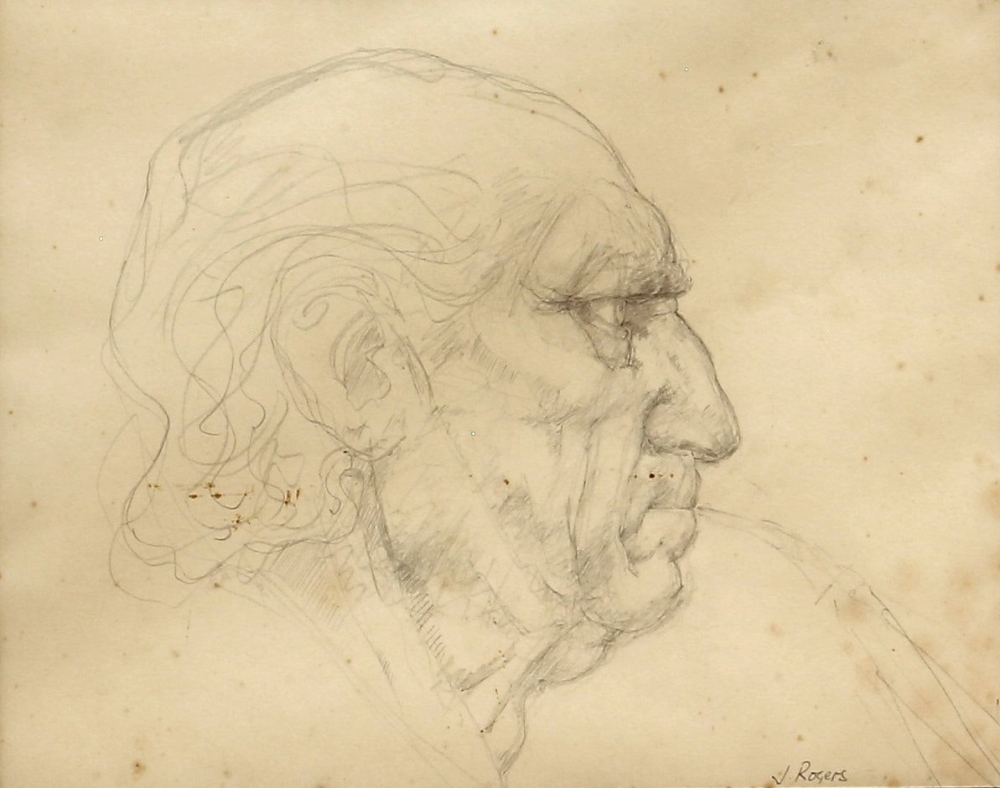 Anita Rogers, owner of an eponymous Manhattan gallery, talks about the art world amid pandemic and what it’s like to exhibit her late father’s drawings...

Asked to describe her father in brief, Rogers called him “brilliant and a renaissance man,” who was a very-talented musician. “He played the lute—and made a lute—classical guitar, lute, Greek traditional bouzouki, and sang, and all to perfection,” she said. “He was completely dedicated to being an artist and committed to being a fine draftsman. He was a perfectionist and extremely hard on himself.”

Rogers figures her late dad wouldn’t have allowed her to hang all the works that are in the current show, were he alive today.

Growing up, Roger’s dad, who lived for his art, traveled around Greece and Turkey with Rogers (who was homeschooled) and her mom in a Volkswagen camper van. “His goal was to keep us as free as he could from being chained to a system,” she said.

“Dad was a sensitive and compassionate person and a wonderful father and husband,” she added. “I remember him wishing he wasn’t so sensitive, so he could put his art before family, but he could not!”

One memory of the music and dance that always surrounded Roger’s dad was a time when they played for more than 24-hours straight on the Greek island of Kea. “The village residents and tourists were dancing all night,” Rogers recalled. “It all started with just a Greek priest and six fishermen drinking beer in the afternoon who spotted Dad’s bouzouki. It grew from there.”